A scream of brakes, the splash into icy waters, a long descent into alkaline
depths .. it was death. But Ned Vince lived again—a million years later!
'SEE you in half an hour, Betty,' said Ned Vince over the party telephone.
'We'll be out at the Silver Basket before ten-thirty..'
Ned Vince was eager for the company of the girl he loved. That was why
he was in a hurry to get to the neighboring town of Hurley, where she

This is a free download bonus for Halloween Animation X1 CGX1, design draftX1 1. Right-click to select content, select local file 2. Click to browse the local file, the DLC name is 'halloweenDLC' which is a zip file Animation is stored inside: D ※This DLC is not related to the game content, it is a picture or PDF file. Mar 31, 2020 - 40 Days Prayer for the Faithful Departed - Free download as Word Doc (.doc /.docx), PDF File (.pdf), Text File (.txt) or read online for free. 40 days novena prayer for the dead. Make a Printer Friendly & PDF version of any webpage. Faster Use direct on any webpage: Better Use direct on any webpage: Easier No copy and paste.

lived. His old car rattled and roared as he swung it recklessly around Pit
Bend.
There was where Death tapped him on the shoulder. Another car leaped
suddenly into view, its lights glaring blindingly past a high, up-jutting
mass of Jurassic rock at the turn of the road.
Dazzled, and befuddled by his own rash speed, Ned Vince had only swift
young reflexes to rely on to avoid a fearful, telescoping collision. He flicked
his wheel smoothly to the right; but the County Highway Commission
hadn't yet tarred the traffic-loosened gravel at the Bend.
Ned could scarcely have chosen a worse place to start sliding and spinning.
His car hit the white-painted wooden rail sideways, crashed through,
tumbled down a steep slope, struck a huge boulder, bounced up a little,
and arced outward, falling as gracefully as a swan-diver toward the inky
waters of the Pit, fifty feet beneath..
Ned Vince was still dimly conscious when that black, quiet pool geysered
around him in a mighty splash. He had only a dazing welt on his forehead,
and a gag of terror in his throat.
Movement was slower now, as he began to sink, trapped inside his
wrecked car. Nothing that he could imagine could mean doom more
certainly than this. The Pit was a tremendously deep pocket in the ground,
spring-fed. The edges of that almost bottomless pool were caked with a rim
of white—for the water, on which dead birds so often floated, was
surcharged with alkali. As that heavy, natronous liquid rushed up through
the openings and cracks beneath his feet, Ned Vince knew that his friends

The Eternal are an Australian band formed in 2003 by Mark Kelson (ex-Cryptal Darkness) on guitar, lead vocals and keyboards.[1] They are known for playing dark, melodic, doom metal with eastern and gothic influences.

The Eternal are a doom metal/gothic metal band formed in Melbourne in mid-2003 by former members of doom metallersCryptal Darkness.[2] The founders were Ryan Buesnel on drums; Chris Burton on guitar; James Hunt on bass guitar; Mark Kelson on guitar and lead vocals; and Chris Stevenson on keyboards.[2] Late that year, they signed a two-album deal with Firebox Records of Finland on the basis of their self-titled extended play.[2] Their debut album for Firebox, The Sombre Light of Isolation,[3] was released worldwide in June 2004. It gained positive reviews from United Kingdom-based magazine, Kerrang!, German-based Metal, Sweden's Metal Only and Lords of Metal in The Netherlands; as well as Australian media Full Strength and Loud!.[3]Darren White (ex-Anathema/The Blood Divine) contributed guest vocals on the track, 'Remembrance Scars'.

The Sombre Light of Isolation was voted fifth best Australian release of 2005 by listeners of Australian national radio, Triple J's Full Metal Racket, while it was nominated as second best Australian album by the presenter. The band was listed in Kerrang! magazine's '50 Bands You Need to Know Right Now'. The Eternal completed two music videos, 'Down' and 'Crimson Sacrifice'. In support of the album, they undertook the Sombre Light Tour of Australia, Hong Kong, UK and continental Europe including Finland, in late 2004.[4] In 2005 Sombre Visions, which focuses on that tour, was released as a DVD on their own label, Sombre Light.[4] It also included a documentary on the group and promotional videos.[4] Upon return immediately set about writing material for their second album, Sleep of Reason.

Recorded early in 2005, ‘Sleep of Reason’ extends The Eternal's sound from their debut work. It was produced and recorded by Endel Rivers at Palm Studios in Melbourne, and mastered by Mika Jussila (Amorphis, Nightwish, Therion) at Finnvox Studios in Helsinki. The album's sleeve-art was created by Travis Smith (Opeth, Katatonia, Anathema) based on the etching 'El sueño de la razon produce monstruos' by Francisco de Goya. Videos for ‘Everlasting’, ‘A Soul Undone’ and ‘Hollow Inside’ followed the release of the album.

In 2006, The Eternal landed the Australian national support slot for Finnish rockers HIM, which coincided with the Australian release of ‘Sleep of Reason’. These successful shows were shortly followed by six shows supporting renowned Swedish death/progressive metal band Opeth on their ‘Ghost Reveries’ Australian tour.

After touring Australia extensively for the release of ‘Sleep of Reason’ and playing to well over 15,000 people in their home country, the band set off for their second tour of Europe in May 2007. The tour saw the band return to Portugal, Germany, Hungary, Belgium and the Netherlands. On their return home, the band went about completing and compiling three years worth of demo material for what would soon become ‘Kartika’.

The Eternal's 2008 album ‘Kartika,’ may be seen as the band's most diverse and ambitious album to date. Guests on the album include Duncan Patterson (ex-Anathema, Antimatter and Íon) on Mandolin, Nicholas Albanis (Dandelion Wine) on Hammered Dulcimer and Russian songstress Emily A. Saaen to name a few.

Books like that fall in the dreaded “meh” category and are not worth my time to finish.Speaking of time, a good hate read doesn’t take a lot of my time. I keep reading in hopes that it will. The joy of hate review. Good hate reads also have clear and identifiable problems. If it’s just vague dislike, then I can’t be bothered to care.

’Kartika’ was produced between December 2007 and May 2008, recorded at several studios in Australia including Mixmasters Studios, Adelaide and Palm Studios in Melbourne. It was mixed in Tallinn, Estonia by Endel Rivers at Palm Studios II and mastered at Crystal Mastering, Melbourne, Australia by John Ruberto.

January 2009 saw the departure of co-founding member Chris Stevenson for personal reasons. Chris stated 'The Eternal was basically my life for a good 5 years and I loved every single moment of it! It was also an extremely gruelling experience, which at times took its toll on me on a personal level'. The band will continue on as a 3 piece and at this point have no intention to find a replacement.

The Eternal completed an extensive world tour in June 2009. The tour took the band through Australia, Japan, Europe, America, Canada and Mexico.

In November 2009, the band commenced work on their fourth album Under a New Sun, it was produced by Jeff Martin, former singer of The Tea Party. The album saw The Eternal experimenting more with the rock and eastern elements of their sound. Following the release of 'Under A New Sun' the band completed an Australian and New Zealand Tour.

In 2011, the band enlisted second guitar player Brad Cook, a long time fixture in the Melbourne scene. The addition of Brad to the line-up helped to refocus the band and encourage them to commence work on the band's fifth studio album, When The Circle of Light Begins to Fade (October 2013).[5]Martin Curtis-Powell (Cradle of Filth, My Dying Bride, Anathema) also stepped in to contribute keyboards on the album.

Following the release of When The Circle of Light Begins to Fade the band toured Australia to celebrate their 10-year anniversary and also released a free E.P entitled Sombre Light 2014 - 10th Anniversary E.P which contained re-recordings of material from their debut album The Sombre Light of Isolation. This release was also follow by national tours with Anathema, Amorphis and Uriah Heep.

The band release Circle of Live live album/DVD in March 2015 which was also recorded on the band's 10th Anniversary tour in 2013. The band parted ways with guitarist Brad Cook in late 2015 and Martin Curtis-Powell has since become a full-time member of the band.

In March 2016, The Eternal entered Kelsonic Studios (with singer/guitarist Mark Kelson handling production) to record their 6th full-length album. The album, titled Waiting for the Endless Dawn was released in August 2018. 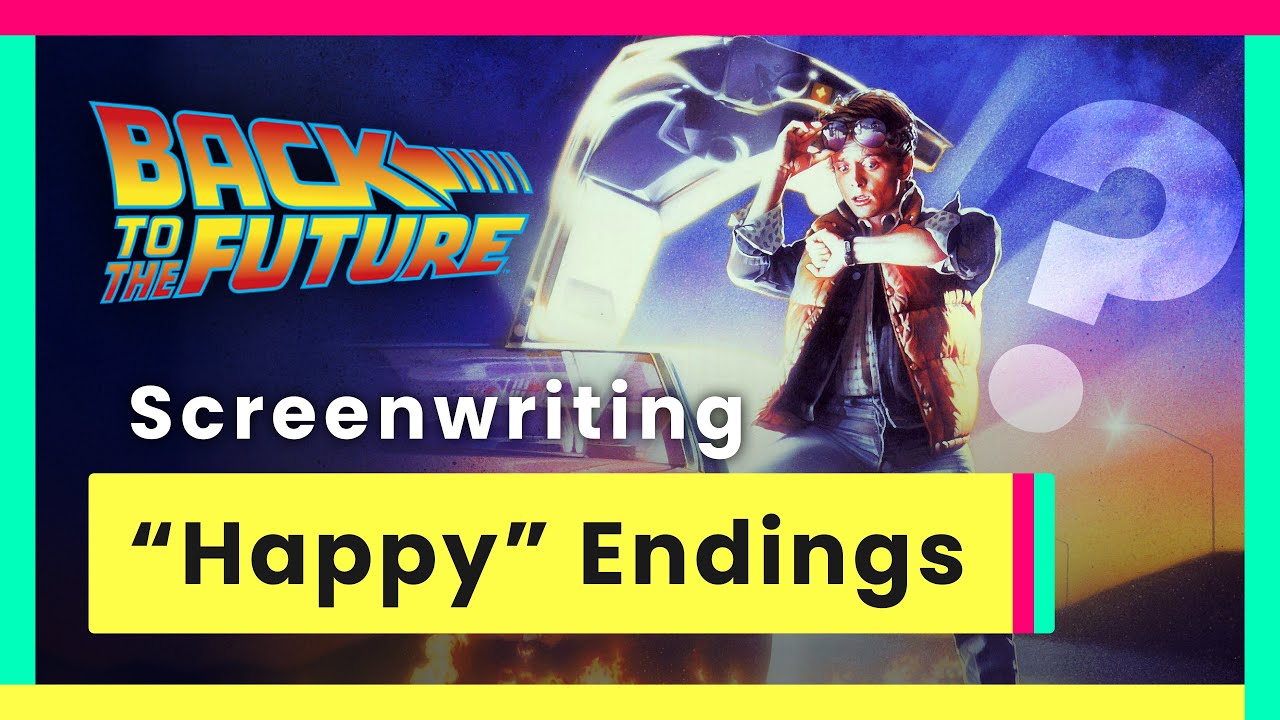