NEW YORK TIMES BESTSELLER • NAMED ONE OF THE BEST BOOKS OF THE YEAR BY THE NEW YORK TIMES BOOK REVIEW AND THE ECONOMIST Winner of the Natan Book Award, the National Jewish Book Award, and the Anisfield-Wolf Book Award An authoritative and deeply personal narrative history of the State of Israel, by one of the most influential journalists writing about the Middle East today Not since Thomas L. Friedman’s groundbreaking From Beirut to Jerusalem has a book captured the essence and the beating heart of the Middle East as keenly and dynamically as My Promised Land. Facing unprecedented internal and external pressures, Israel today is at a moment of existential crisis. Ari Shavit draws on interviews, historical documents, private diaries, and letters, as well as his own family’s story, illuminating the pivotal moments of the Zionist century to tell a riveting narrative that is larger than the sum of its parts: both personal and national, both deeply human and of profound historical dimension. We meet Shavit’s great-grandfather, a British Zionist who in 1897 visited the Holy Land on a Thomas Cook tour and understood that it was the way of the future for his people; the idealist young farmer who bought land from his Arab neighbor in the 1920s to grow the Jaffa oranges that would create Palestine’s booming economy; the visionary youth group leader who, in the 1940s, transformed Masada from the neglected ruins of an extremist sect into a powerful symbol for Zionism; the Palestinian who as a young man in 1948 was driven with his family from his home during the expulsion from Lydda; the immigrant orphans of Europe’s Holocaust, who took on menial work and focused on raising their children to become the leaders of the new state; the pragmatic engineer who was instrumental in developing Israel’s nuclear program in the 1960s, in the only interview he ever gave; the zealous religious Zionists who started the settler movement in the 1970s; the dot-com entrepreneurs and 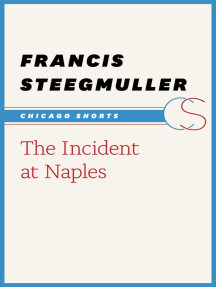 A riveting, deeply personal account of history in the making—from the president who inspired us to believe in the power of democracy #1 NEW YORK TIMES BESTSELLER • NAACP IMAGE AWARD NOMINEE • NAMED ONE OF THE TEN BEST BOOKS OF THE YEAR BY THE NEW YORK TIMES BOOK REVIEW NAMED ONE OF THE BEST BOOKS OF THE YEAR BY The Washington Post • Jennifer Szalai, The New York Times • NPR • The Guardian • Marie Claire In the stirring, highly anticipated first volume of his presidential memoirs, Barack Obama tells the story of his improbable odyssey from young man searching for his identity to leader of the free world, describing in strikingly personal detail both his political education and the landmark moments of the first term of his historic presidency—a time of dramatic transformation and turmoil. Obama takes readers on a compelling journey from his earliest political aspirations to the pivotal Iowa caucus victory that demonstrated the power of grassroots activism to the watershed night of November 4, 2008, when he was elected 44th president of the United States, becoming the first African American to hold the nation’s highest office. Whatever the cost pdf free download windows 10. Reflecting on the presidency, he offers a unique and thoughtful exploration of both the awesome reach and the limits of presidential power, as well as singular insights into the dynamics of U.S. partisan politics and international diplomacy. Obama brings readers inside the Oval Office and the White House Situation Room, and to Moscow, Cairo, Beijing, and points beyond. We are privy to his thoughts as he assembles his cabinet, wrestles with a global financial crisis, takes the measure of Vladimir Putin, overcomes seemingly insurmountable odds to secure passage of the Affordable Care Act, clashes with generals about U.S. strategy in Afghanistan, tackles Wall Street reform, responds to the devastating Deepwater Horizon blowout, and authorizes Operation Neptune’s Spear, which leads to the death of Osama bin Laden. A Promised Land